Fear of Snakes: Learned or Genetic?

Humans may have evolved an excellent ability at spotting snakes as a survival tool; even well camouflaged ones like the gaboon adder, Bitis gabonica

Snakes are commonly regarded as slimy, disgusting creatures. For many, no animal on this planet elicits more fear than a loathsome snake.

For some, this fear of snakes goes beyond the seemingly rational. While you are reading this you may be inclined to leave this site as quickly as possible for fear of simply seeing one more snake picture.

Wait, don’t leave yet! You’re not alone as many people have a fear of snakes.

Let’s see if science can tell us why…

Matt Damon has been reported by Scarlett Johansson to have cried like a baby and rocked back and forth as snakes were spread all over the set, in the new movie; We Bought a Zoo.

Learning to understand your fear of snakes is an important step in being able to overcome it, and it appears that scientists may be getting closer in solving the mystery.

Fear of snakes has been found to be common amongst primates which show familiar responses such as alarm calls, avoidance and mobbing when faced with a legless reptile. Experiments by Cook and Mineka with lab-reared monkeys in the 90’s demonstrated that a fear of snakes  is not consistent; captive primates are often not afraid of snakes until they are taught this behaviour vicariously by monkeys reared in the wild.

Some people believe, with good reason perhaps, that the fear of snakes shown by many people can be accounted to tales of sin in the bible and blockbuster movies like Anacondas and Snakes on a Plane.

It may be that these ‘stories’ tap into such a deep fear that this fear meme spreads rapidly through a population, effectively ‘teaching’ people to fear snakes or exacerbate existing fears.

A paper published in Current Directions in Psychological Science may support this; it found that infants are not born with a fear of snakes but that these fears are learned – with exceptional speed.

This vicarious learning, that is, learning from an external display of emotion, may provide a clue into understanding this common fear but is it enough to prove that these fears are learned?

Relatively new research provides evidence that snakes posed a significant threat to humans and other primates and that this has a direct relationship to the fear that humans have of snakes.

Thomas Headland and Harry Greene conducted the research and made the discovery while studying the Agta, an indigenous people of the Philippines. Headland states:

An evolutionary link was further sought by the researchers who found that our non-human primate ancestors had close interactions with snakes with evidence to show that 26 primate species were preyed on by snakes while some primates also had snakes on the menu.

Headland believes that this fear of snakes is a “human universal” and that the complex historical relationship between our ancestors may have led to our current innate fear responses to snakes and other common phobias.

I can easily entertain as logical the hypothesis that human fear of spiders and scorpions is genetic, as is our fear of snakes.These fears are a human universal and, I think, different from the fear we may have when a robber holds a gun on us. We learned to be afraid of cars from our parents. But our fear of snakes and spiders seems to be not learned, but genetic.

Interestingly, this study is further supported by findings which show that both children and adults respond quicker to spotting snakes in a scene than other objects, suggesting that this fear of snakes is innate rather than something we learn as we grow up.

In studies of the amygdala, a small region of the brain handling the fear response, scientists have shown that our brain reacts to seeing a snake even before it has cognitively processed the image.

WOW! This means that we have the ability to pick up the threat of a snake even before we consciously know it is there.

In evolutionary terms this response and associated fear of snakes could well have developed through natural selection, favouring those that stayed away from the many dangerous species present, especially a people like the Agta, who routinely faced mortal danger from large snakes.

Although Matt Damon’s fear may appear irrational, he’s not alone. If snake lovers cannot fathom why their cute little boa sends friends and family heading for the hills and keeps them single for longer than they’d expected, scientists Ohman and Mineka have found that the reason for this fear of snakes may lie in the way the brain processes the signals.

In fact the more afraid you are, the better your chances of detecting a snake. This comes from the finding that the brain automatically captures information on snakes, causing them to “pop-out” despite other external stimuli and distractions.

What this means is that the brain appears to be hard-wired to associate snakes with aversiveness and danger, a response which they believe is resistant to modification by experience. However, I believe that early positive snake experiences may have a direct bearing on the degree in which this fear manifests itself.

Keep reading to find out how.

Now here is the interesting part.

Ohman and Mineka first show that snakes are strongly associated with fear in primates, humans included, and that this fear of snakes is relatively independent of conscious thought.

Now we would naturally deduce that this innate response must have been an adaptation to the evolutionary game of cat and mouse, or snake-eat-man, for the survival of our ancestors.

But the researchers go a step further. They propose that this specialised response did not evolve primarily from the threats that snakes posed but rather that the blueprint for this fear was modified, elaborated and specialised as a result of the danger that reptiles posed, throughout mammalian evolution.

Early mammals would have been faced with far greater threats than our present day snakes; they lived in a world dominated by awesome reptiles, the dinosaurs, and in order to get where we are today, some of them would have managed to adapt and avoid the gigantic fangs of Tyrannosaurus rex and its relatives.

Is this where our fear of snakes began?

Why Some Fear Snakes but Others Don’t

Now you may be asking yourself, but if this fear of snakes is so ingrained then why are some people not afraid?

To be honest I’m not sure if I have an answer to this question (You can help by sharing your own experience in the comments below). One theory is genetic variation; that some people are not born with the fear of snakes gene.

Another theory is that we fear less the things that we understand. Personally, I have fortunately never really had a fear of snakes. Sure the site of a large venomous snake gets my heart beating and my adrenalin flowing but I believe that this is in part due to positive experiences I had as a child and also because I have taken the time to learn and understand snakes through various books, field guides and practical experience.

Building your knowledge on snakes I believe is the first step to overcoming a fear of snakes and a great way to demystify this fascinating animal.

Probably the best all round book to get you started is Snakes: The Evolution of Mystery in Nature

by Harry Greene (co-researcher in the study of the Agta). This is a book about some of nature’s most alluring and forbidding creatures, written by a man with an abiding passion for snakes, as well as for science, the fate of the planet, and the wonder of life.

Harry Greene’s book brilliantly covers virtually every snake topic under the sun including feeding, venom, social behaviour, evolution and conservation while covering all the major snakes groups worldwide. That’s some great information all in one package. Ever wondered how the rattle evolved or have been fascinated by the mimicry of the coral snake. Greene covers it all. And you can easily get it here

For South Africans, or those who might be traveling to the republic, there is no better field guide than A Complete Guide To Snakes Of Southern Africa

This book virtually never leaves my side. I just love it!

Getting back, why not everyone has a fear of snakes could have something to do with what we are exposed to at an early age. It may be that most of us are genetically programmed to fear snakes; that people and the captive bred monkeys are inherently fearful but in varying degrees.

Those of us that have good experiences may learn to manage this fear, even enjoy it, as we learn to understand where this relationship comes from. For some people a bad experience may lead them to believe that a rubber snake, a tie or a piece of rope, realistically represents a real one as I learned recently when a local snake sighting posted, turned out to be plastic.

Give a child a snake calmly and s/he may learn to love them; scream, shout and show fear and this genetic phobia may be manifested into a full blown, often irrational, fear of snakes.

Give a child a snake. Could this be the answer to a genetic phobia?

Perhaps the most important thing to remember is that snakes will either always retreat if they are given the option or in the case of well camouflaged ones like the puff adder, they’ll freeze in the hope that they’ll go unnoticed; even if by nature you’re afraid it’s best to stay calm and walk away.

The organisation “Change That’s Right Now” has a very interesting anxiety and fear busting programme which from the looks of things has seen quite some success.

They believe that all fear and all phobia can be overcome:

If your fear impacts your life – this programme may be the answer (click the image to find out more). 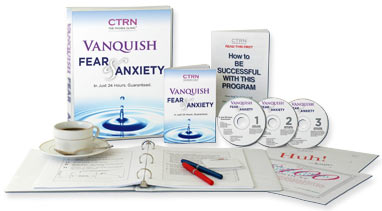